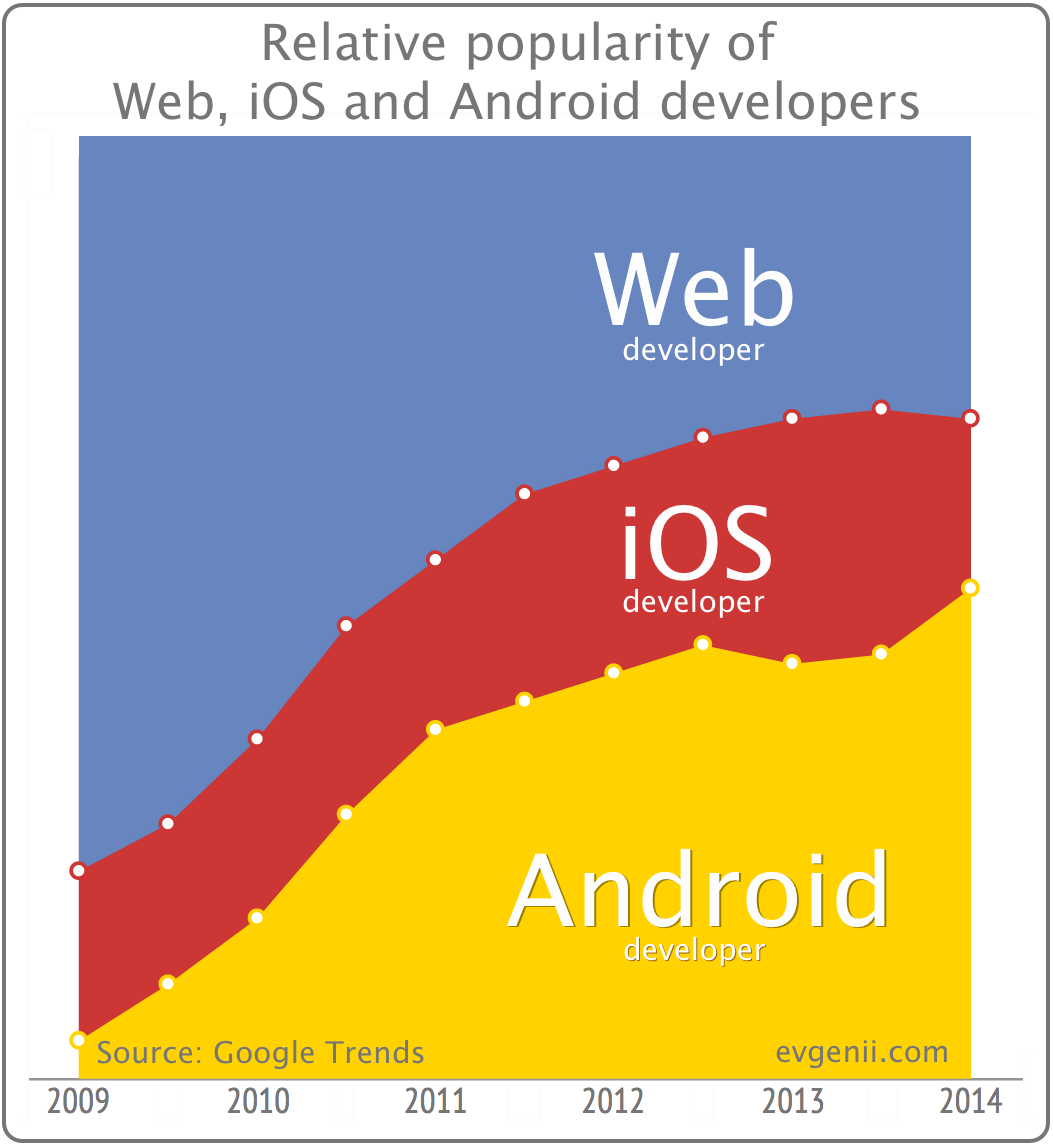 This infographic shows relative popularity of ‘Web developer’, ‘iOS developer’ and ‘Android developer’ keywords on Google. Google Trends was used to get the data in ‘Programming’ category. Time period: from 2009 till May 2014.