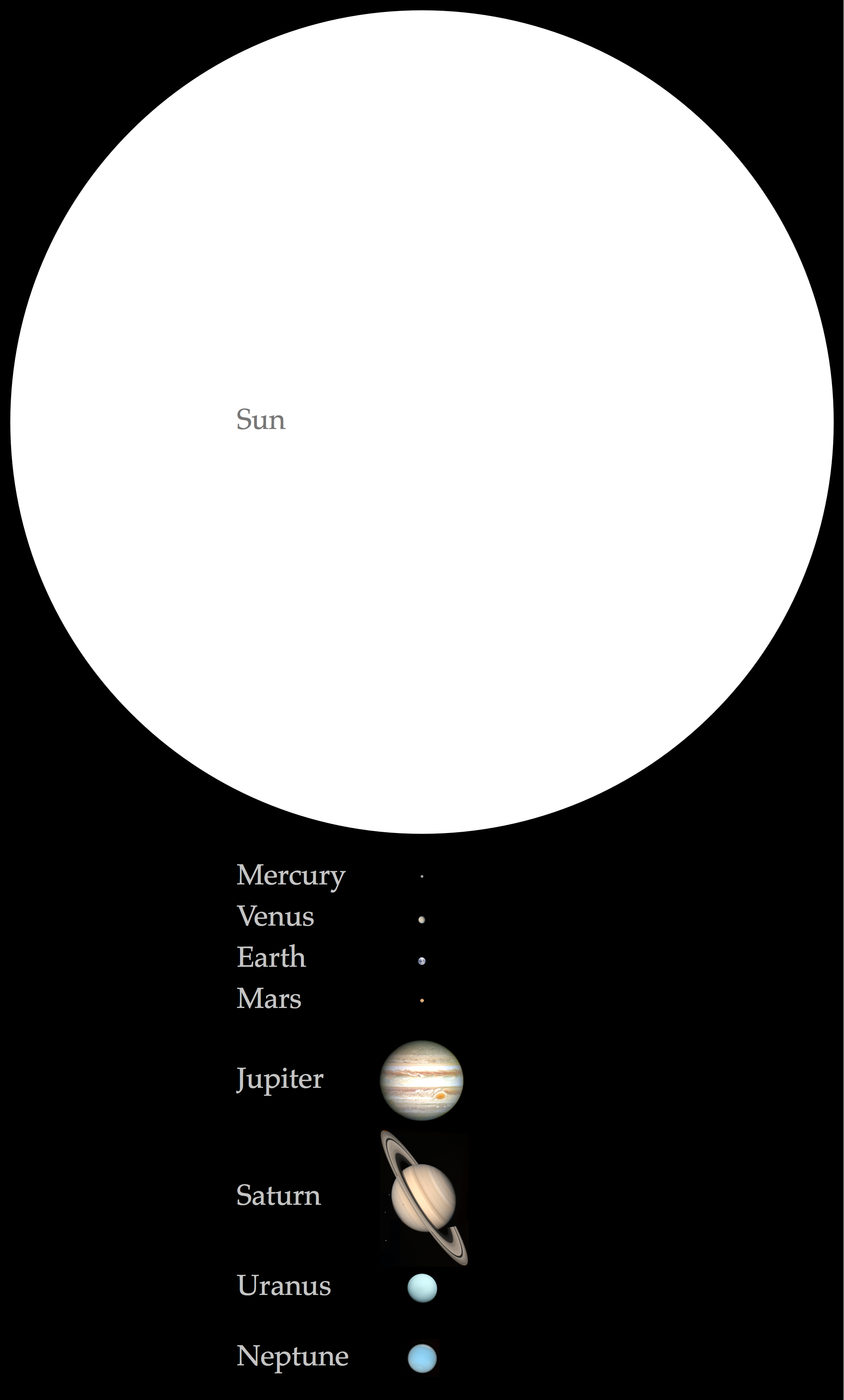 Figure 1: Proportionally sized planets and the Sun in natural colors. Zoom in to view details.

On Figure 1 I hoped to illustrate the differences in sizes between the planets and the Sun in order to visualize the magnitude of our cosmic neighborhood. We know that planet Earth is approximately 109 times smaller than the Sun. It is surprising to actually see how small our planet is when it is placed next to the “gas giants” Jupiter and Saturn. When looking at this picture I try to imagine the size of my city, my house or my own body and realize how insignificant they are at the planetary scale.

If planet Earth was a hamster …

Looking at different sizes of the Solar System objects I could not help but think of common sense analogies.

But the image is still not quite right

The relative sizes of the planets and the Sun shown on Figure 1 are approximately correct but some other physical properties are imprecise.

The image above shows the planets separated by equal intervals. In reality, of course, those distances are unequal. I could not draw the image with both planet sizes and distances in scale because the distances between planets are many times greater than their sizes. For example, the distance between the Sun and Mercury equals roughly to 83 Sun diameters. Or we can imagine it this way: it would take 83 Suns to fill the distance between the Sun and Mercury. A realistic image of the Solar System would be so big that you would need to scroll the screen 100 times to get from the Sun to its first planet Mercury. It would take another 150 screens to reach the Earth. Although such image would be more realistic I doubt anyone could find it useful.

The image shows the planets and the Sun in real colors. It means that the objects look similar to what an astronaut would see when observing them from space. For example, if you were on a space ship you would perceive the Sun as almost white, while it looks yellow or orange from Earth due to the effect of Rayleigh scattering of sunlight in the atmosphere.

While planet colors shown on Figure 1 are approximately correct their brightness is not. This is because the amount of light from a star that reaches a fixed area of space is inversely proportional to the square of the distance from that star. This physical fact is described by the following equation for the surface area of the sphere, where r is the radius of the sphere.

It can be seen from this equation that the farther away the planet is from the Sun the less light it receives. For example, Uranus is approximately 19 times farther away from the Sun than the Earth. Consequently, when compared with Earth a square meter on Uranus receives 361 times less light. As a result, distant planets like Uranus and Neptune should appear darker than they are on Figure 1.

4) Positions of the planets

Data for the sizes of the Sun and its planets

To create Figure 1 I used the data for the sizes of the Sun and its planets shown in Table 1. The size of each object is expressed as the mean radius in kilometers. The mean radius of an astronomical object is the average distance from its surface to its center. In addition, the table shows the sizes relative to the Sun.

Table 1: Mean radii of the Sun and its planets.

Sources of the size data