In this tutorial we will program a simulation of motion of two celestial bodies in HTML/JavaScript. This work is mostly based on what I learned from Dr Rosemary Mardling, who is an astrophysicist at Monash University. In addition, this code uses techniques we developed in harmonic oscillator tutorial, which would be a good starting place for those who are new to this topic. Please feel free to use the full source code of this simulation for any purpose.

A surprising fact about the motion of two bodies is that their common center of mass remains still (or moves at constant velocity). We can take advantage of this fact and place the origin of the coordinate system at the center of mass (Fig. 1). 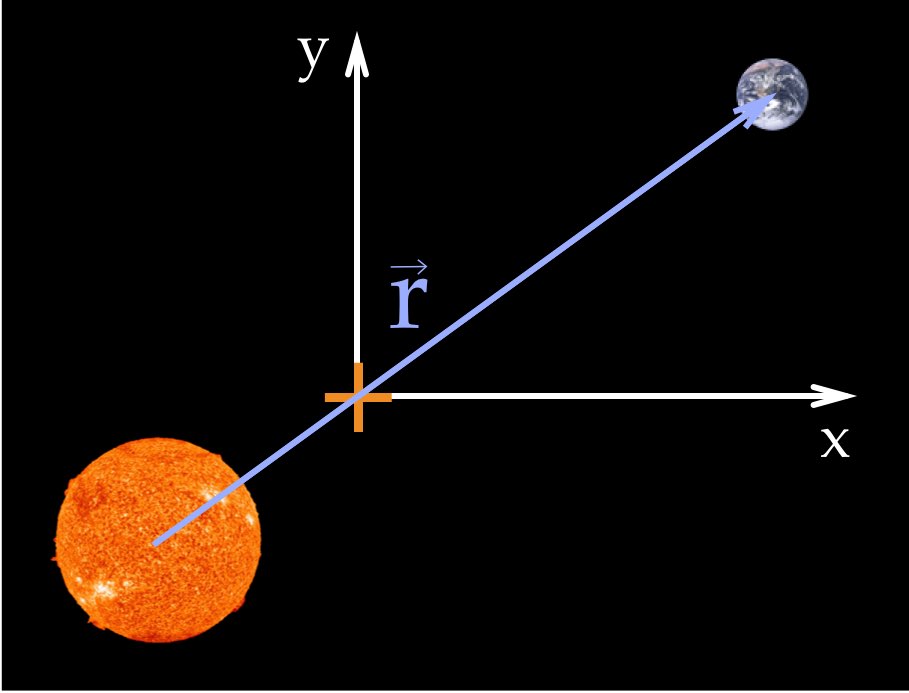 Figure 1: A coordinate system with the origin at the common center of mass of the two bodies.

After a series of algebraic manipulations and removing dimensions, we can turn Eq. 1 into an equation of motion of two bodies shown in Eq. 2. Here vector r describes the position of second body relative to the first one. This vector is shown as blue arrow on Fig. 1.

The variable q in Eq. 2 is the mass ratio of the bodies (i.e. mass of the Earth divided by Sun’s mass). The two dots above vector r mean the second time derivative.

Equations of motion for x and y

Next, we write Eq. 2 in terms of x and y coordinates, which gives a system of two second-order non-linear differential equations: 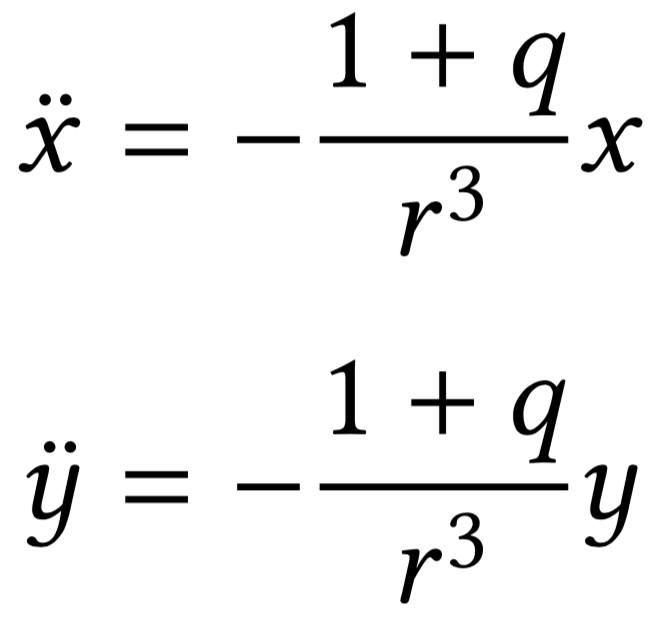 Reducing the order of ODEs

We will solve Eq. 3 numerically. In order to do this, we need to translate it into a system of first-order ODEs by making the following substitutions:

We will store the values of these four variables in the state.u array of the physics object: 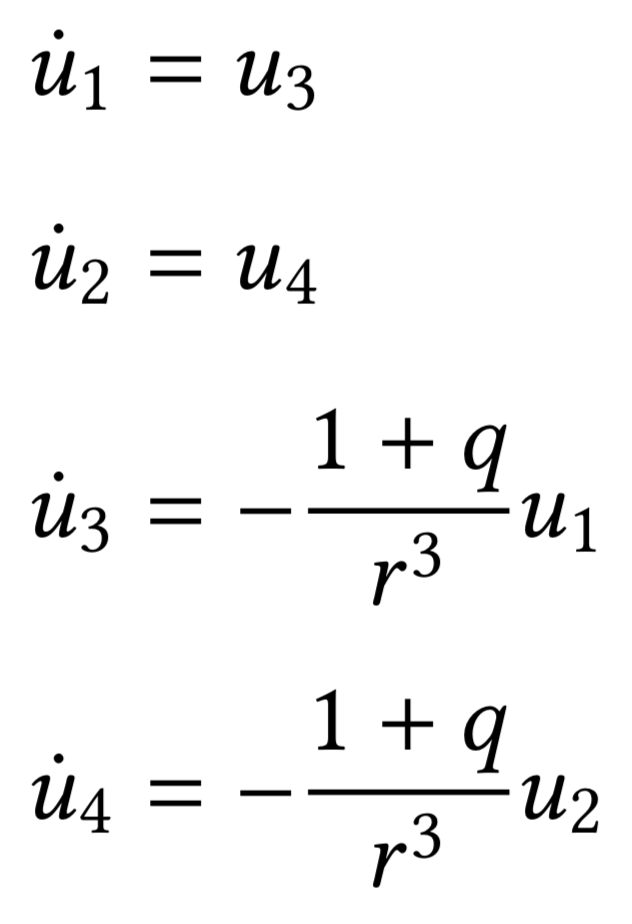 We can now write a function that returns the derivatives of the four variables:

Now we can use a numerical method to solve the ODEs. In Earth orbit simulator we used Euler’s method, but here we will try another popular method called Runge-Kutta:

We will run this code at each frame of the animation and it will save the new values of positions and velocities in state.u. The first two elements of this array are the x and y positions of the r vector from Fig. 1.

Drawing two bodies on the screen

We are almost done. We have found the vector r, which describes the position of Earth relative to the Sun. We will now use this vector to calculate the positions of two bodies on screen. The trick here is to use the mass-distance relation shown in Fig. 2. 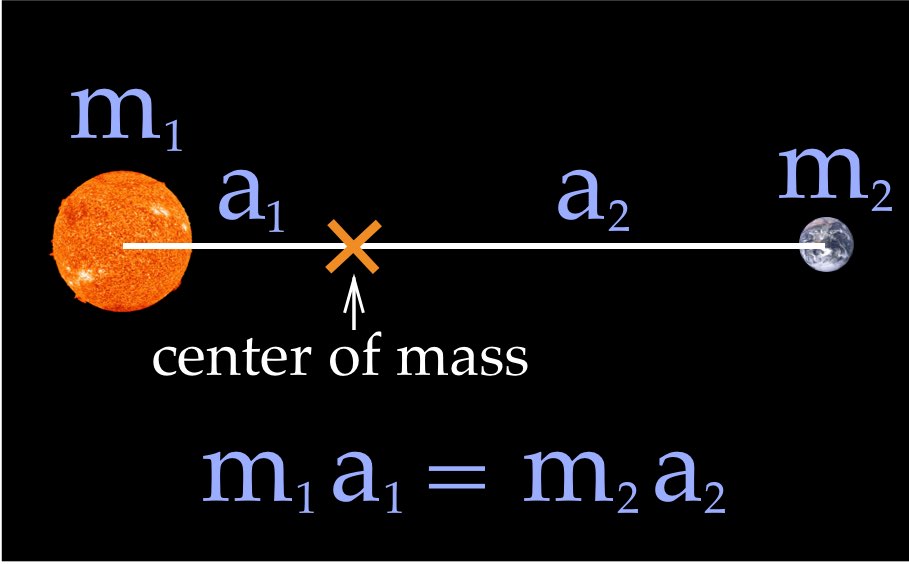 Figure 2: A relation between masses of two bodies and distances to the common center of mass.